Food is a language that breaks down boundaries and unites communities. 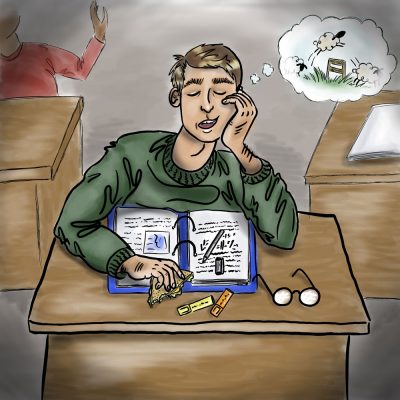 My classes at University started at 17:15 and ended at 21:50 – evening classes that allowed people to study at a residential university while they did a full-time job. I normally had my dinner-sandwiches in transit to the university at 17:00 – about the dinner time for most human beings.

Sleeping arrangement
We were three students who studied together: two guys and a girl. I had a problem: Bread made me sleepy! Having my sandwiches 20-minutes before the first class started, was a given that I would sleep in class. We, therefore, created an arrangement that I would exchange my notes with the other two students for all the other classes if they covered for me in those first 15 minutes of the first class – and allowed me to sleep for 10-15 minutes.

That is the story of my life
Major blood-sugar spikes and dips caused by bread. I could never have a sandwich for lunch and stay awake for a meeting in the afternoon. All blood tests always showed as normal with no sign of diabetes in my system.

The 2017 experiment
I decided to experiment with the opposite of all theories by eating sweets when I felt sleepy in the afternoons. That worked brilliantly and I decided to create a product that served a double purpose: bread with loads of sugar. It was based on an old South African recipe for “koeksisters” where you fry the dough in hot oil and quickly drop it in cold syrup. It then sucks up the syrup and gets “infused” with loads of sugar. Absolutely delicious, try it – but don’t dare to tell anybody you’ve done it: you will get tagged with “self-harm” and get counseling for the rest of your life.

Created the Sugar Loaded Business
I was so adamant that it was a solution, that I registered the business for Environmental Health reasons in the Southend borough under the very appropriate name “Glucs”; ‘did the necessary Food Safety courses – HACCP-2; converted the kitchen to be commercially ready for EHO inspections, filed all paperwork; taking regular temperatures of the fridge and oven, threw out all Detol products, installed paper towel dispensers, First-aid kit with blue plasters, rubber gloves and banned the cat from the work-tops. Then I started baking – every night from 9 pm – 11:30 pm – Bread-Balls infused with syrup. It took hundreds and hundreds of balls to get the consistency right; loads of money spent on gadgets to get a perfect round Bread-Ball and the pounds just kept on stacking up around my waistline – because I ate them all. 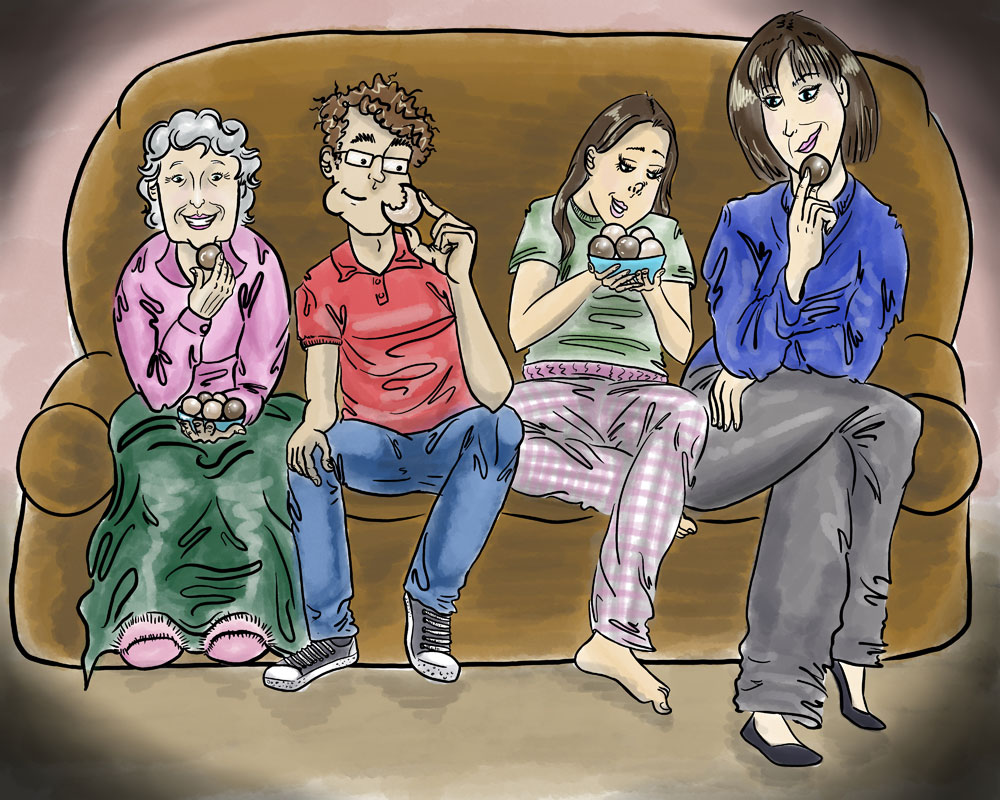 We had a house full of people and we have a tradition that Christmas gifts must be more than 50% hand-made – anything from a hand-made calendar, a fancy notebook, mouse pad, hand-painted t-shirt, home-made jam, chutney, honey, beer, wine, cider, cookies in fancy packaging, etc. Yes, you guessed it: I gave all the family & friends a special edition of my Bread-Balls infused with Baileys with a chocolate topping. I made sure that they opened the presents I gave them in turns so that I can see the reaction on their faces. They were good actors!!

However, little did I know that those lovely Bread-Balls infused with Baileys had a shelf-life of about 3 hrs – due to the reaction between the alcohol and cream in the Baileys and the yeast in the bread. One day later, those lovely round bread-balls were so out of shape due to the expansion of the bread – like water-soaked bread. The last I heard was that all members of the family were still alive – but I have a strong suspicion that the only Bread-Ball they ate was the single one I “force-feed” them over Christmas.

Balls Blocked – so back to the drawing board
My mother-in-law gave me a flyer from Aldi for lovely coconut-covered balls – with the recipe. I immediately jumped at the idea: no baking, no oil, no yeast and no smelly kitchen. Unfortunately – the recipe didn’t work! I contacted the blogger who wrote the recipe and for several weeks she tried to convince me that I am doing something wrong. I sent her videos of the whole process; bought all types of Medjool dates I could find in the shops – but it was all in vain. Two months later, she admitted that “Aldi made a typo in the recipe …” and I needed to add coconut butter to make it work. Whaaa!!!

That got the Balls Rolling
I got the drift!! I started to make my own non-bake balls – initially from recipes from my mother-in-law and later my own creations. I did an online nutrition course and decided to add as many healthy ingredients as possible to the “new-balls” – especially “super-food” ingredients like berries, and spices like turmeric, spirulina, chia, ginger, green tea, nuts, etc. The shelf-life this time is much longer and all the products have been tried and tested for more than a year. We now have more than 50 recipes and have decided to release some of them to the public – for sale.

… and we believe that all other people also love food. If they say they don’t love food, just take food away from them for a few days – and see how they will change their minds.